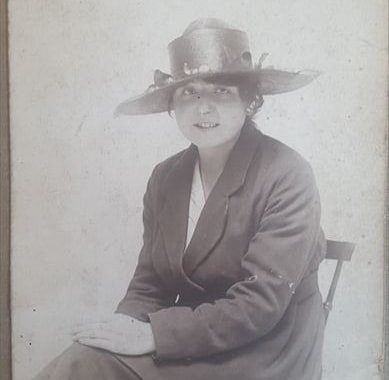 When starting our family history research, many researchers already have an enormous advantage in that our living relatives, particularly our most elderly, will be able to recall a great detail about our recent past. They are living witnesses, packed with oral history waiting to be corroborated. There comes a point, however, at the earliest extremes of this remembered experience, where we reach a potential barrier – the moment when we need to solely rely on surviving earlier documentation.

For many family historians, that point falls in the first half of the 20th century and in the September 2019 issue of Family Tree genealogist Chris Paton reveals where to go from there in a special guide to essential family history resources during this period.

Starting with the basics, you'll need to look at the civil registration records for births, marriages and deaths – see our useful guide here – and the most recent censuses, 1901 and 1911 (the 1921 Census is due online in 2022): find out more here.

Here are Chris's next 3 key resources for researching your early 20th century relatives:

The 1939 Register is a very useful census substitute recorded for the whole of the United Kingdom in September 1939, in the form of the National Identity Register. This was an emergency census of sorts used to draw up plans for national registration in wartime, to assist with rationing and a potential draft of personnel for military purposes. Records for England and Wales are available on Findmypast, MyHeritage and Ancestry as searchable databases, but entries are only available to view for those known to have died, with many entries redacted for privacy protection.

For Scotland, access is gained separately by an application to the National Records of Scotland.

For Northern Ireland, researchers need to make a Freedom of Information application (not available at time of writing, July 2019). Once available, see here.

Electoral registers are freely accessible for consultation at libraries across the country, including the British Library and the National Library of Scotland. Jeremy Gibson’s Electoral Registers 1832-1948; and Burgess Rolls, obtainable through The Family History Partnership is a useful guide to help locate them.

Many electoral registers are now digitised and available through the main online genealogy vendors such as Findmypast, Ancestry, including the useful Absent Voters' Lists.

Commercial trade and residential directories make for another useful census substitute. These can be consulted in libraries and archives across the UK. Many can also be found on sites such as TheGenealogist, with a particular nod to its London holdings from 1677-1940, as well as for Wales and Scotland, while additional directories are available on Ancestry and Findmypast.

If your ancestor was of the chatty type, a particularly useful resource for Britain and Ireland is Ancestry’s ‘British Phone Books 1880-1984’ collection, as sourced from the BT Archives

in London. The National Library of Scotland offers Post Office directories up to 1911 freely online through its website but its digitisation project in partnership with the Internet Archive in fact continued up to the 1940s for many areas of the country – the post-1911 directories are freely available here.

For Northern Ireland, some directories from the first half of the 20th century can be found here.

• How to use directories in your research – free video tutorial

Other resources for researching the lives of your 20th century ancestors include property and military records, newspapers and film.

You can read Chris Paton's full guide in the September issue of Family Tree magazine, on sale from 30 July 2019.